“Okay, so tomorrow at lunch time, everyone meet here for the wedding!”

Here meaning behind the classroom, in the nice, grassy area, under the trees. It was the perfect spot, really. There was enough shade and a nice breeze in this area.

We all nodded in agreement. It was settled, we were having a wedding.

“Aren’t you embarrassed?” I asked the bride-to-be when she made the announcement.

I looked over at her fiance, a little embarrassed myself. “You know, about saying that you love him. To his face?” I half whispered.

“No,” she laughed. She turned to him, looked him straight in the eye and said, “Hello, I love you.” It sounded sarcastic to me. She laughed again.

He didn’t say anything back.

The wedding day finally arrived and everyone was anxious for lunch time. In the hours leading up to it, we all made sure that everyone was ready.

“I have the rings right here.” They were brand new, still in their plastic containers, $0.50 each. The bride’s ring had a Tweety bird on it.

At lunch time, we all gathered behind the classroom. The bride wore a beautiful, princess costume. Her bouquet was hand picked from various locations in our school. Dandelions, for the most part.

The guests, bride, and officiant took their places. Minutes went by. We had a problem: the groom hadn’t arrived yet. The guests began to whisper. I think he got cold feet. Oh my God, is he really gonna leave her at the alter? I heard he got caught up in a game of four-square. Or, was it tag? Maybe he wasn’t ready to commit.

“He’s not coming,” someone shouted.

“Well, what are we supposed to do now?” someone else asked.

The bride wasn’t happy, but she wasn’t completely heart broken.

The boy walked up to her and took her hand. Everyone watched in awe.

“Oooooh,” we all said. No one had a problem with it, so the wedding continued.

The bride and her new groom were married and it was time for the celebration.

We brought out the 2 liter Pepsi and poured everyone a cup. It turned out to be a great wedding after all, even if the grooms had been switched. The new couple looked very happy.

“Hey, where did you guys get those cups and that soda?” one of the adults on yard-duty came to investigate.

She looked at us with a confused look on her face. We were all silently waiting for her to send us to the principal’s office. No one had ever specifically said that we were forbidden from bringing soda to school to celebrate a wedding, but we were sure that it wasn’t allowed. She scanned the area, trying to figure out what was going on. We froze.

“Okay,” she mumbled. And she walked away.

We all let out a sigh of relief. That was close.

We never found out why the original groom had bailed on his own wedding, but I knew there was something fishy about him refusing to say I love you back to her face.

One thought on “The Wedding” 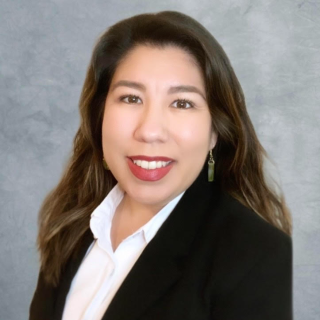 Elizabeth Real, also known as Ellie, is a writer based in the San Francisco Bay Area. She was born in Michoacan, Mexico but grew up in East Palo Alto, CA. Elizabeth has a BA in English from San Jose State University. When she's not writing, you’ll usually find her binge-watching a TV series, cooking, or talking to animals. Elizabeth has experience writing blog posts, news articles, creative personal stories, marketing copy, informative articles, and attending/writing about local events. She has written for websites, newspapers, and magazines. In 2017, a profile that Elizabeth wrote titled, "Ruben Abrica, East Palo Alto's First Latino Mayor," won 2nd Place in the Greater Bay Area Journalism Awards hosted by the San Francisco Press Club.

Congrats @xcamilleeon and Elgin on your wedding! Wishing you the very best! Couldn’t celebrate in person due to #COVID19 but still dressed up and watched from home! #virtualwedding
#tbt With my mom when we were living in Mexico 😁.
My first escape room! 🐇☕️🎩❤️♥️
Happy birthday Michelle!! 🎈🎉
My beautiful, amazing, wild nephew turned 1! #wildDavid
Didn’t take too many pictures this time around, but had a nice mini vacation in Portland this weekend. 😊
%d bloggers like this: